America, The Land of the Free? 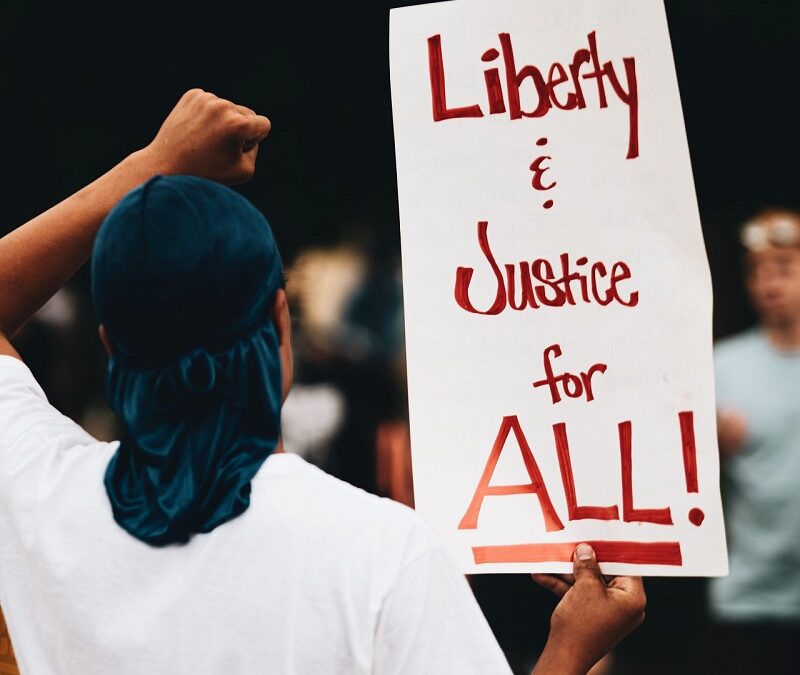 The illusion of “America the Great” exists as one of the most notorious misrepresentations created. Within songs, movies, and literature, the American Dream is seemingly attainable by anyone. According to our legend, everyone in America has the right to life, liberty, and the pursuit of happiness. If you look closely however, you might begin to wonder why in the land of “equal opportunity” the population of homelessness has increased by 14% over the past 2 years in San Francisco. It makes you wonder why, according to the Center of Employment Equity, 58.7% of business executives in Silicon Valley are White men and the remainder is composed of White women and Asian men and women.  It also makes you wonder, in a place of “equal opportunity,” why President Obama had to be scholarly, intelligent, the President of the Harvard Law Review, and capable of eloquently speaking to people on both ends of the spectrum to be qualified for the Presidency of the United States while Donald Trump only had to be rich and White. Among these comparisons and many more, it is revealed that the American Dream is just that, a figment of our imagination.

According to legend, achieving the American Dream requires living a law-abiding, hard-working life. If an individual breaks the law, those rights to working towards this dream can be stripped away at the discretion of most commonly, a White man in power. The only person to blame, according to society, is the individual because being free in America is offered to everyone.  This is an example of gaslighting. Gaslighting occurs when a manipulator denies the reality of their victims in order to gain power over them (Duignan, 2019). Gaslighting is just one of the many forms of microaggressions Black Americans deal with on a daily basis. Dr. Derald Wing Sue defines microaggressions as, “brief, everyday exchanges that send denigrating messages to certain individuals because of their group membership” (Sue, 2010). It’s important to mention that gaslighters are not always aware of their use of this manipulation strategy. However, it is a tool used to gain or maintain control over a person or group in such a way that the victim ends up internalizing and blaming themselves for the mistreatment.

On August, 23, 2020 Officer Rusten Sheskey made the decision that Jacob Blake walking towards his car with his children inside was a threat that needed to be extinguished immediately. In the events preceding the 7 shots that severed Blake’s spinal cord, Blake did exactly what society asks one to do when having an interaction with police. Jacob Blake used his constitutional rights to refuse being detained without probable cause. He was an innocent man and according to law, he is innocent until proven guilty. During this time, he mentioned to the officers that he had a knife in his car, another law Blake followed as instructed by society. There was no brandishing of said knife, and he was in no possession of a gun. The problem is, civilians and officers are not groomed the same. Civilians are expected to do everything in their power to de-escalate situations, while the officers are taught to act on their own judgement. It did not matter that Blake did everything right; all the police officers saw was the threat in the color of his skin.

When this story arose, one cannot help but think of why just two days later, Kyle Rittenhouse was able to shoot 3 people, killing 2 and walk away from the scene. It makes you wonder why James Holmes can target a movie theater or Dylan Roof can target a church and live to tell the story. These individuals are some of many who violate the law but still maintain their right to life, liberty, and the pursuit of happiness. But not George Floyd, not Elijah McClain, not Breonna Taylor. Fortunately, Jacob Blake is alive today to share his experience, but now paralyzed from the waist down, the officer stole the life, liberty, and happiness he had before.

We exist in a continuous cycle of rage because we must live in a world with recurring trauma and no intervention. We feel this rage because our grievances are not considered truth. We are constantly having to live in a world that tells us our pain does not matter. Imagine if three unidentified men burst into your home while you were sleeping. And then your partner used a firearm to protect you. Then, after your life was stolen, instead of charging the humans who wrongfully killed you, the city decides $12 million is more justice than holding the perpetrators accountable. It is rage that we feel when the police handcuff and arrest one of our 6-year-old girls at school while she pleads for a second chance after throwing a tantrum. The disenfranchised grief accumulated by the continuous lack of justice, safety, autonomy, and peace is what our complex trauma consists of, and we are angry. Furthermore, when adding years and years of untreated generational trauma, it can only mean one thing:  a whole group of angry people. This is why we have riots and why we have looting.

As an ally, you should be angry too. This same conditioning has forced you to become complacent in a society that is blatantly hurting an entire group of people. You have been lied to for years after years of the history of your ancestors and how this country became so “great.” You have been manipulated into thinking that the darker the color of a person’s skin, the less their life matters and you have been engrained to feel that your privilege is not merely based on skin tone, but on “choices” made by you and your family. As Ta-Nehisi Coates so clearly explains, “if I have to jump six feet to get the same thing that you have to jump two feet for, that’s how racism works.” With countless narratives of evidence proving this statement’s relevancy, denying the notion of the American Dream being purposely achievable for some is gaslighting in itself.

So, what happens now? As a person with disenfranchised grief and rage, how does one approach their oppressor? Repeatedly, peaceful protests have been pacified by removal of statues while violent riots have been taken out of context.  How exactly should we remind society politely that we have been lacking basic human rights for centuries now? The answer is unknown but as an ally consider these questions:

Social change carries an overwhelming burden of discomfort during the process and in all honesty, ignorance is bliss. In processing the vision of a future in which the American Dream can truly exist, one must consider and be conscious of as, Ta-Nehisi Coates describes, “this terrible and beautiful world.” In the awareness of how our words, actions, or lack thereof affect others, we shall begin our collective healing.

About the Author: Rudairo Segbeaya is a Behavior Therapist and Pacific CBT’s Office Manager. She is currently interested in understanding the relationship between race and mental health specifically within the African American community as well as finding possible solutions to healing intergenerational trauma. Rudairo received her bachelor’s degree in Psychology from the University of San Francisco and is currently undertaking a Master’s degree in Special Education with an emphasis in Applied Behavior Analysis from Arizona State University.